Years Active: 1998-presentAntwan Richardson, better known as Twansac, is considered by many industry professionals to be an enormously gifted songwriter, rapper and marketing genius. He consistently puts out records of mass appeal and has a special knack for being able to push non-traditional and traditional indie rap markets. Twansac's grass roots approach has built a tremendous following in the Southwest, Midwest and Bay Area Regions. To date, Twansac has sold over 50,000 units without having any major funding or backing. An independent icon, Twansac has shared the stage with legendary acts such as T.I, 2 Chainz, Chris Brown, Neyo, Ludacris, DMX, Warren G, Fabulous, Bow Wow, Tech N9ne, Bone Thugs, Chamillionaire, D12, Ying Yang Twins, Chingy, Cassidy, Petey Pablo, Three Six Mafia, DJ Quick, Tha Dogg Pound, Sugafree, Keak Da Sneak, San Quinn, J-Stalin, T-Nutty, Beeda Weeda and Krizz Kalico. A true visionary and rap pioneer A Wichita, Kansas, native, the veteran rapper has been active in the game since 1998, coming up in an area with no major recording studios or record labels.  Twansac embraced all those obstacles to create an opportunity for himself, and while attending college on a basketball scholarship, he purchased studio quality equipment and learned how to record and mix his own music. In 2001, after earning his Bachelor’s degree in Business, the ambitious rapper started his own label, Profitcy Records, and his career quickly began to pick up steam. His first live show was in 1999, opening up for legendary Texas rapper Lil Troy (“Wanna Be A Baller”), which snowballed into dozens of local performances in that first year. By spring 2002, Twansac had his first hit – “Cadillac Love” – which became a cult classic and one of the top hip-hop songs in the Midwest that year. Twansac’s popularity snowballed after the release of “Cadillac Love” and, with his newfound success, released his debut album, “Deeper than the Mind’s Eye” in December 2002, selling almost 5,00 copies in the first month of release. The success of both single and album led to offers from Universal and Def Jam, which Twansac spurned to stay independent. After receiving some advice from DMX at a concert the two were performing at in summer 2003, Twansac moved his label and business to Phoenix, Arizona. after releasing his second EP, “Do the Damn Thang” and a mixtape. The success in the Midwest quickly
translated to a new location – Twansac immediately began getting radio play from stations in Phoenix and began touring regularly in California, Utah, Nevada, Texas and Arizona. In summer 2006, he released “The Ghetto Scholar” LP that went on to sell nearly 15,000 units, and his second mixtape, “KDUB 95.7 Vol. II” that featured special guests
Tech N9ne, E-40 and Kutt Kalhoun.Twansac released another mixtape, “What You Know About Sac?” in 2008 and the LP “I’m All In” in 2011 and the EP “Real Nigga” in 2014. Seeing his vision come full circle, Twansac’s next move was to try and link the local scenes from his adopted home of Arizona and where he came from, Kansas to provide a music outlet for hip-hop artists in both places. “KANZONA VOL. I” showcases unsigned artists from both states bridging the gap as one voice. "Hopefully Kanzona will finally help us earn respect from the hip hop masses and its major players,” Twansac said. The album is scheduled for a May 2015 release. DiscographyCadillac love EP (2002)Deeper than the Mind’s Eye (2003)Do the Damn Thang  (2003)KDUB Vol I (2004)Ghetto Scholar (2005)What You Know about Sac? (2008)I'm All in (2008)Real Nigga (2014)Kanzona Vol I (May 2015) 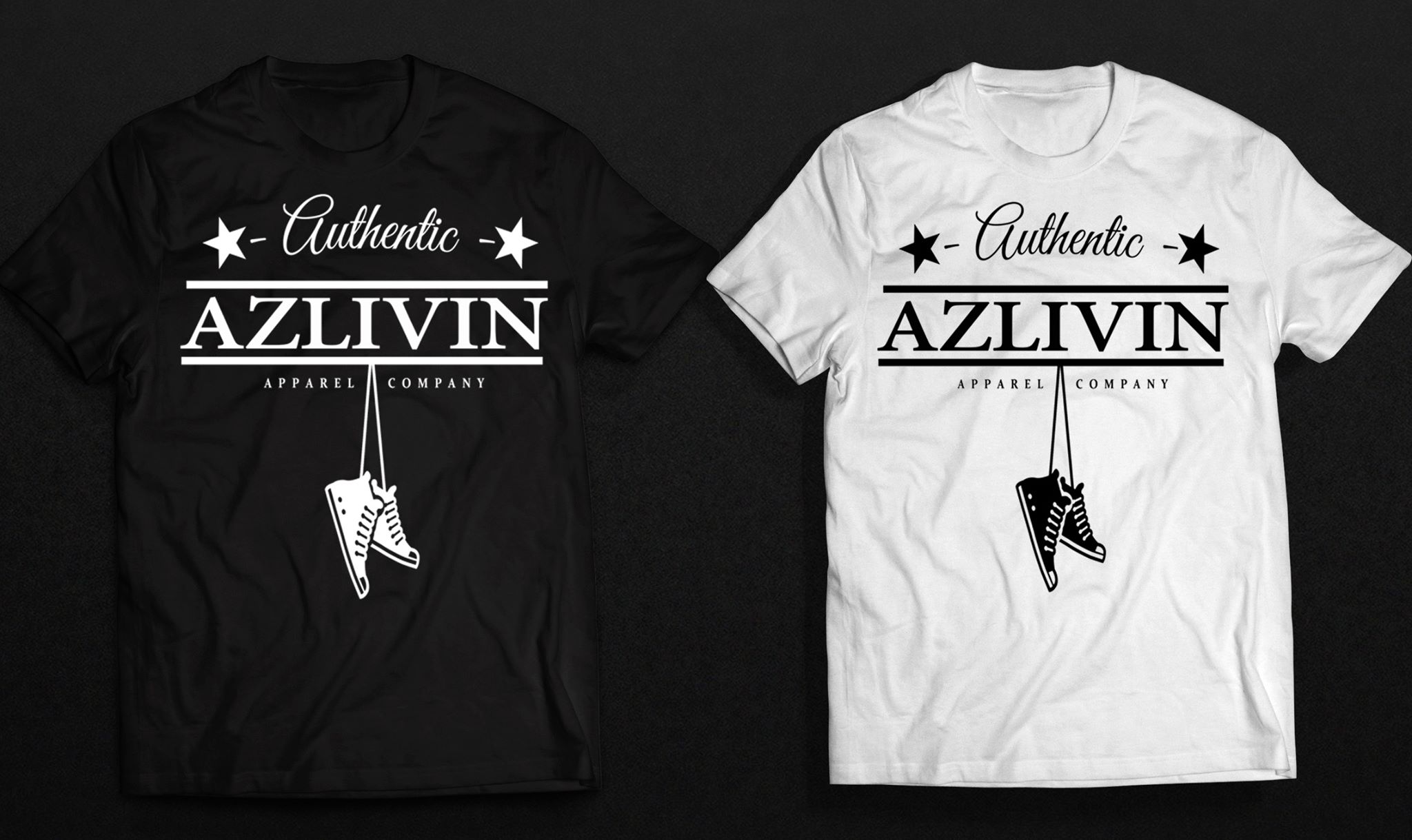 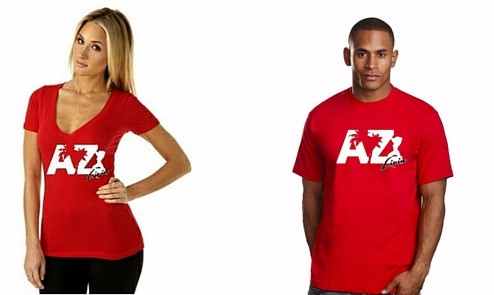 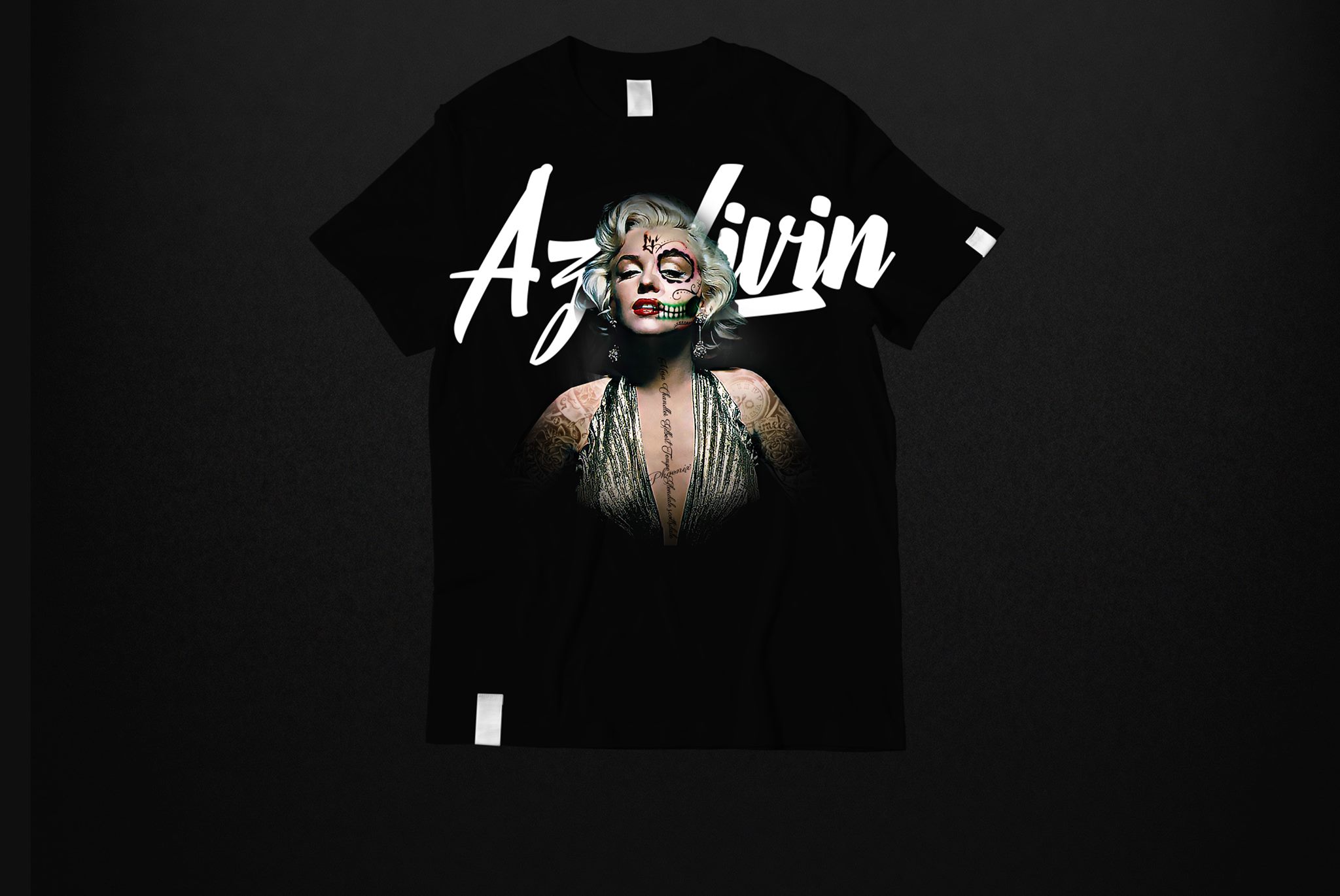 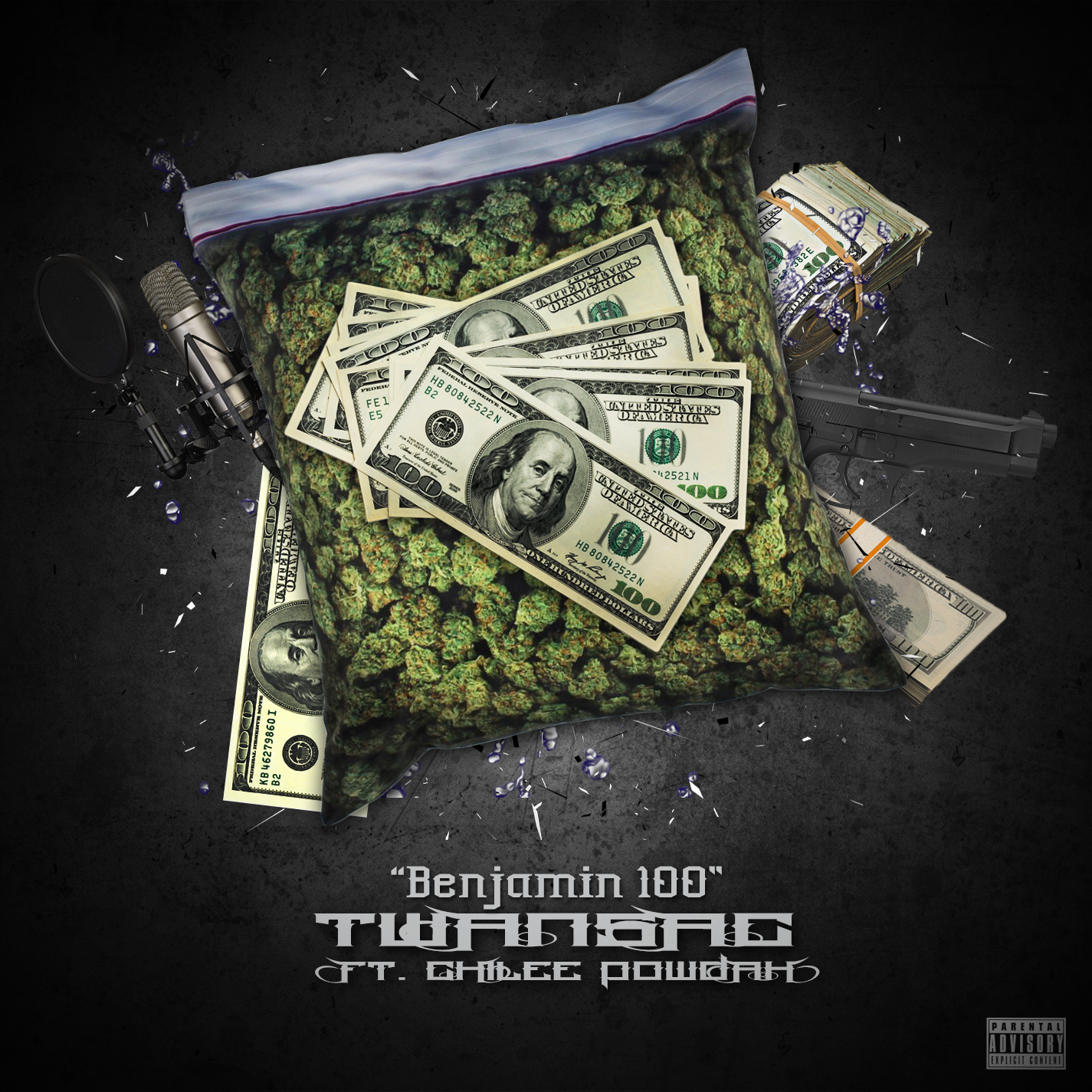 MERRY XMAS AND MUCH LOVE!!

The wait is finally over! Wippin & Dippin is Now Available. Twansac's best work yet! Featuring Bay Area Legends Keak Da Sneak, San Quinn, Beeda Weeda and Chilee Powdah. Other features include Midwest Artist Cadence, LiveSosa, and Donnell Kravenz. Also introducing Rookie of the Year Nominee LITL-A from Los Angeles California. This record slaps and is guaranteed to be on repeat. See for yourself!!!
CLICK TO PURCHASE ON ITUNES!!! 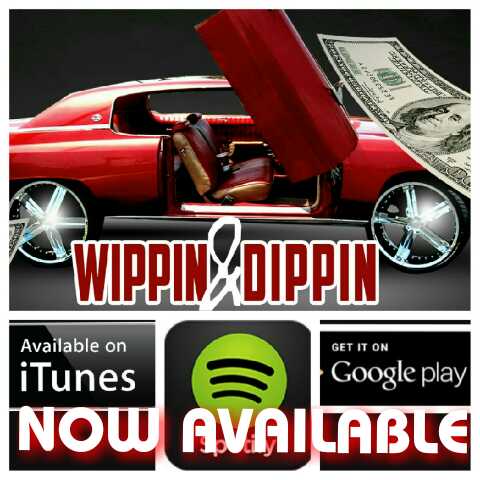 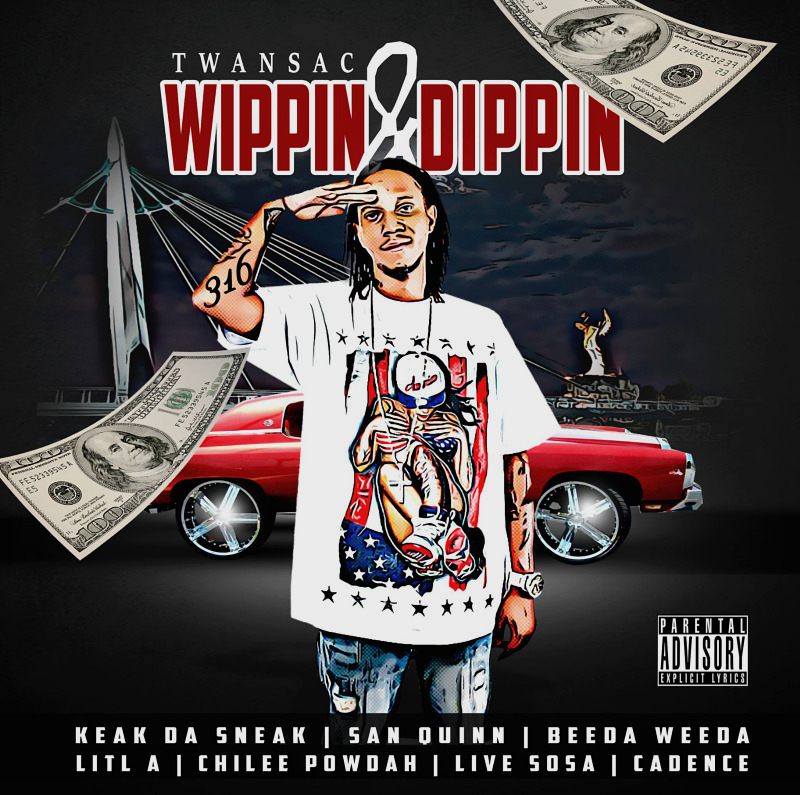 ENJOY THE LEGENDARY POKAFASE AND LIVE INTERVIEW WITH NATIONAL RECORDING ARTIST TWANSAC AND UP AND COMING RAP PHENOM LITL-A. TOPICS FROM THE NEW ALBUM RELEASE TO WHAT'S IN STORE FOR 2016 FOR THE PROFITCY-ZTE DUO RAP ARTISTS. STREAM LIVE AT  WWW.AZTHEBEAT.COM SATURDAY DECEMBER 19TH. MUCH LOVE FOR THE SUPPORT. 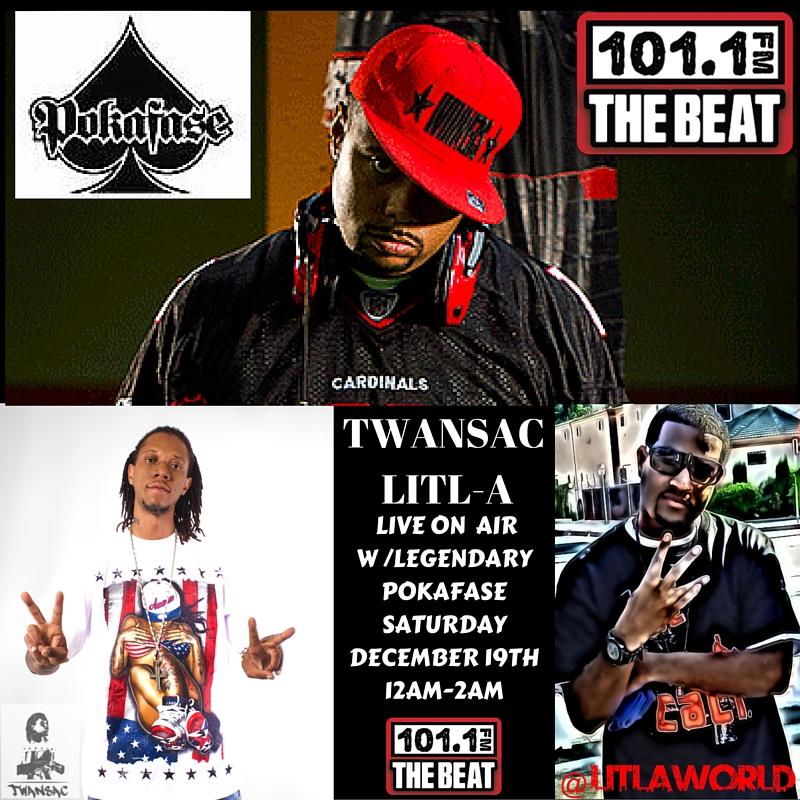 Twansac Nominated in 3 categories for the 2015 AZ Hoodie Awards

Another consistent and successful year yet again for your Hometown Hero Twansac.

This Year Twansac was nominated in the following Categories:

2) BEST VIDEO OF THE YEAR-AZ LIVIN

YOU CAN VOTE FOR ME AT WWW.TWANSAC.COM 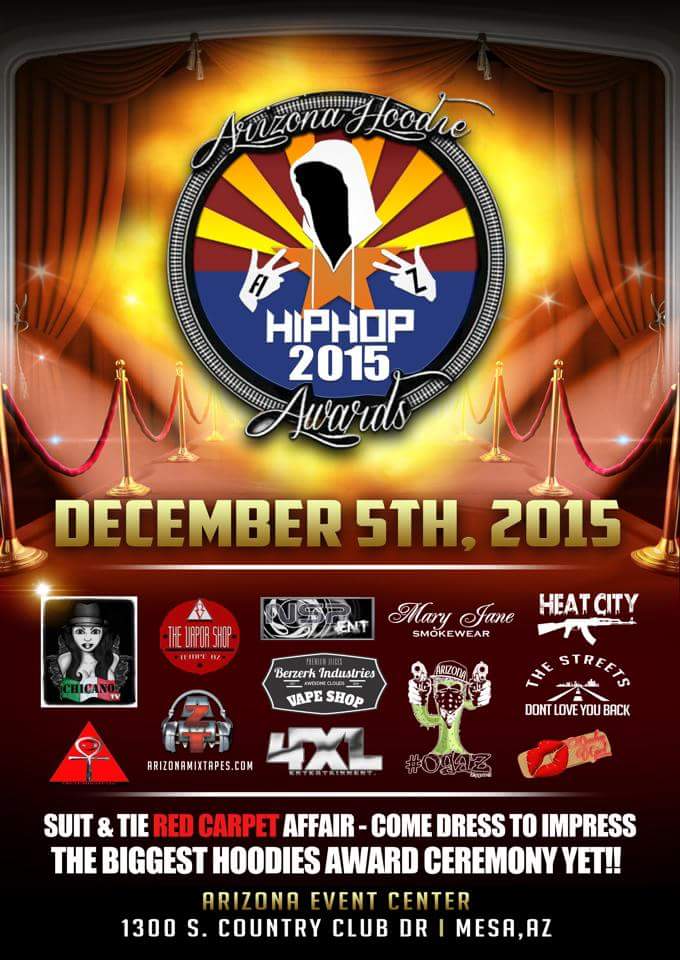 Check out whats new in the Online store!!

Check out the New Profitcy Logo design and artwork in the store. Also be sure to get all your latest fall gear!

Check out the online store for the new az livin gear! We are excited by the responses and orders. Much love and thanks for the support!

TWANSAC HEADS BACK TO KANSAS WHERE IT ALL STARTED

It’s not a career for the weak-willed or faint of heart.

“But if you’re serious about your craft, if you’re dedicated to doing what it takes, you can make it,” said Wichita native Antwan Richardson. “That’s my calling.”

Richardson – Twansac to his fans – is still going strong after 16 years in the business. He’s also enjoying another round of success via a new deal with 101 Distribution, the same company that distributes music for Gucci Mane and Rick Ross, and with Super Bowl XLIX coming to Glendale, Ariz., near his adopted hometown of Phoenix, this week.

For Twansac, a Wichita South and Southwestern graduate who moved to Arizona in 2004, making a career in music has been a decidedly grass-roots effort.

He got his first taste of success in Wichita, opening for Little Troy in 1999 at the Cotillion and following that with the 2002 hit “Cadillac Love.”

He also did a song in 2013, “Game Time,” for Wichita State University’s basketball team, that was played in heavy rotation on Power 93.5 (then Power 93.9) during the Shockers’ run to the Final Four.

He had three shows scheduled during the week of the Super Bowl with legendary rappers Eric B., Rakim and KRS One in the Phoenix area. He sells his own music, books his own shows and has gained an important foothold in Northern California’s Bay Area, a hotbed for independent music of all genres.

“I did a show with DMX in 2003, and he was the one that told me to come to Arizona, because it was pretty much wide open for independent-based artists,” Twansac said. “And I just started building from there. I shot a video with some artists in Oakland awhile back and that got my foot in the door in that area, and I picked up a lot of Bay Area fans that have remained very loyal.”

The last time the Super Bowl was in Arizona, in 2008, Twansac performed with Grammy Award winner T.I. at a pre-game party.

“The Super Bowl is huge, a huge money-maker,” Twansac said. “Everybody in the country comes to this … I’m selling records out of the trunk, basically, like an old-school hustler, and they sell out. Early on, I turned down deals from Def Jam and Universal and people thought I was crazy.”

His deal with 101 is a 50/50 split and facilitates another deal with Push Distribution’s Desmond Carter, who is putting Twansac back on tour starting in February. The tour will hit New York for the NBA All-Star Game festivities, and includes stops in the Midwest, Southwest and Pacific Northwest.

A lot of Twansac’s revenue now comes from online such as iTunes and streaming rights on Spotify.

“To me, his specialty is being able to push regions … his networking is so strong, that he gets into one area and makes a name for himself and leaves his stamp with his unique style,” Carter said. “And then when he comes back across, it’s like a toll bridge. They come out and pay to see him. That’s why we need to get him back out on the road. He’s one hell of an artist, as his fans will tell you.”